Described in game as:

"Multi-role VTOL aircraft. Features tilting jet nozzles which give it the ability to take off, fly, and land vertically or horizontally. With a large cargo bay and multiple weapon mounts, this vehicle is can perform both transport and attack missions."

The AV-42C cockpit is designed with simplicity and efficiency in mind. There are as few panels and switches possible to help the pilot focus on the mission and less on micro managing the aircraft systems. This design philosophy coincides with the F-35 JSF. Similar to the F-35 the information generated by radar, IR and visual sensors is being brought together by intelligent and automated systems in a process called sensor fusion. The Navigation display which is projected with one of three MFCDs shows the data generated by the sensors in an adaptive way. Additionally, the helmet of the AV-42C is similar to the one that is used in the F-35, it can work with the TGP to project an artificial reality image into the eyes of the pilot, giving them the capability to see through the interior of the aircraft to gain more situational awareness, as well as the capability to quickly designate ground targets, and even aim the M230 chain gun (if it is equipped).

The aircraft incorporates elements from different types of real life combat aircraft. The closest possible real life comparison aircraft is the V-22 Osprey only the AV-42C has jets and the Osprey is propeller driven.

It is capable of carrying up to 8 troops while being an effective combat aircraft, similar to the Mi-24.

It is a VTOL jet aircraft capable of vectoring thrust similar to the Harrier.

It is able to start and land on aircraft carriers using a catapult and hook system like the F-18. The F/A-26B more closely resembles this aircraft with its maneuverability and speed.

It has a highly technological advanced helmet that gives the pilot 360° situational awareness through external visual and IR sensors, uses sensor fusion and automated system management to let the pilot concentrate on actual fighting and flying with less micro management like the F-35 does.

It is able to hover and engage the enemy with the gimballed M230 cannon and AGM-114 Hellfire missiles like the AH-64 Apache. It has 4 hard points just like the helicopter, but is not a twin-seat cockpit.

For heavy load-out, long duration and especially carrier operations mid-air refueling is necessary and as such it is possible to refuel the Kestrel with air-to-air tankers. It refuels from a boom, rather than a drogue. 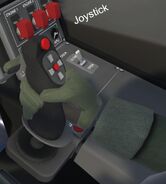 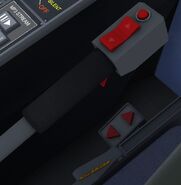 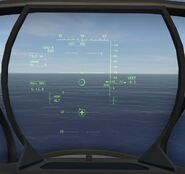 Add a photo to this gallery
Retrieved from "https://vtol-vr.fandom.com/wiki/AV-42C_Kestrel?oldid=1242"
Community content is available under CC-BY-SA unless otherwise noted.